Since 1889, four successive generations have managed Trudeau Corporation, now the No. 1 supplier of quality Kitchen and Table Products in North America. Trudeau is known throughout the world for the high quality of its products, its excellent import and distribution logistics, and unparalleled Customer Service. To this day, Trudeau’ kitchen products are available in over 70 countries!

In the mid-1990s, after over a century in the luxury imports business, Trudeau decided to try a new recipe. We began designing, developing and manufacturing innovative kitchen products using the same passion and dedication that was always our trademark.

Hailing from Canada, the U.S.A. and Europe, our design team is just as passionate about food and kitchenware as we are. Always hungry for excellence, we work with partners in industrial design and experienced manufacturers to ensure Trudeau’s products remain at the cutting edge of quality and performance… just as a chef would be!

Located in Boucherville, near Montreal, our head office includes our main showroom and product warehouse. To better cater to the american market, we also have an office, showroom, and warehouse in Woodridge, near Chicago. So stop by and visit us. We look forward to meeting you!

Our recipe for success: great tools! 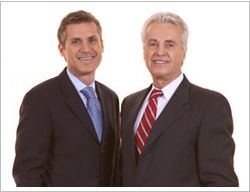 Since 1889, consumers have relied on Trudeau for quality, value and innovation. Considered a true leader in the kitchenware and tabletop category, Trudeau has always been and will continue to be committed to consumers’ expectations.

While Trudeau has grown exponentially, with sales in over 50 countries and offices in Montreal, Chicago, Madrid, London and Shenzhen, the company has retained its values and heritage of innovation and quality, adapting to evolving times. With four generations of family tradition, Trudeau proudly celebrated 125 years of success in 2014.

We make it our goal to give back to the community and contribute to major charities such as the Canadian Breast Cancer Foundation, The United Way and The Sablon Centre for underprivileged children.

Business-wise, challenging economic times have spurred us to offer vibrant, creative and problem-solving products that meet the expectations of value-conscious consumers. We are pleased to present these innovative products as well as our classics in this constantly evolving Website.

The Trudeau team looks forward to working with you, as always.

Joseph-Arthur Trudeau, who is ambitious and wants the company to be successful, finishes studying commerce at the Catholic Commercial Academy.

Paul C., a Lieutenant-colonel with the Mont-Royal Fusiliers Regiment, becomes the company’s president upon receiving his discharge from the Canadian Army. He will remain in this position until his death in 1961. This second generation of Trudeaus focuses on the development of an extensive distribution network, emphasizing brand name small electrical accessories. They also import a range of decorative crystal giftware from France and Czechoslovakia.

One of Paul C.'s sons, Robert L. Trudeau, joins the company as representative of the third generation of Trudeaus. To adapt to the challenges of a changing marketplace, Robert L. adapts the business practices developed by his father, thus turning Genin, Trudeau into a modern dynamic company. While Genin, Trudeau remains dedicated to selling its established range of products, Robert L. encourages the company’s innovative side, which constitutes part of its founding principles. The result of Robert L.’s efforts lead to a successful range of tableware called “Céramiques de Beauce”.

Always aware of new trends Robert L., turns to Europe and to Asia to find new and exciting products. Genin, Trudeau begins to add new exclusive ranges, particularly in housewares and practical giftware, as well as collectible porcelain figurines. These initiatives, combined with the constant growth of the business, begin to fill the building in Old Montreal.

Genin, Trudeau decides to prepare for the future by building a modern distribution center in Longueuil (Boucherville), a few miles outside Montreal on the Trans-Canada Highway. These premises still house the company's head office. They include a offices, a warehouse, showrooms, and a graphic design studio.

Growth continues with a second U.S. distribution centre expansion in three years: Woodridge increases its capacity by over 60%, adding 45,000 sqf. of space to the existing building for a total of 116,000 sqf. Trudeau also expands its office and its showroom in Boucherville.

Trudeau celebrates its 120th anniversary, filled with achievements and innovation. Robert Trudeau is nominated first Canadian Chairman of the International Housewares Association (IHA), based in the USA.

Trudeau celebrates its 125th anniversary and launches an innovative and colorful baking collection, which offers more than 40 stylish baking tools, including silicone pans with a newly patented manufacturing process.

Trudeau launches Trudeau Maison, a new collection that offers quality at an affordable price and a design that foodies and home cooks will love. Trudeau also launches its new website, designed to offer a fun and exciting discovery of the company’s culture and products. We wish you an exquisite experience on this website. Ready to make delicious achievements with our Trudeau tools?